From July 23rd to Sept 11 2016, the 5 Lands Art Studios members' work and their studios beautifully documented by Helene Rosanove will be included in this exhibition. Special bus tours have been organised throughout August to visit each artist's studio. Details coming soon!
http://www.gosford.nsw.gov.au/galleries/event-detail/2016/07/23/galleries-calendar/room-for-art
​
NEWS ARCHIVE 2016
NEWS ARCHIVE 2015 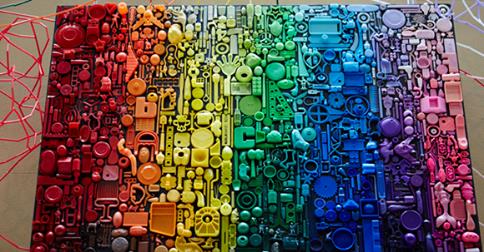 A great article on Jane Gillings' work at The Galeries in Sydney January 2015  https://www.thegaleries.com/summer-punch/summer-punch-at-lane-four
NEWS ARCHIVE 2014 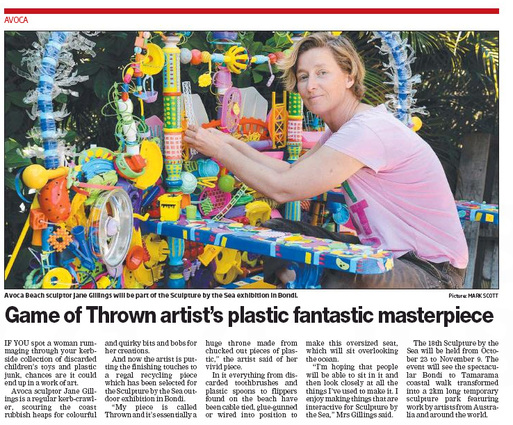 Cathryn McEwen will be exhibiting in the Artfuly Launch July 24,  Somedays Gallery 72b Fitzroy St Surry Hills (Sydney) NSW continuing until August 20 2013.
Free tickets for the opening event can be found at  http://www.eventbrite.com.au/event/6438621089/efbnen

Cathryn McEwen's painting "Never Lose Faith" was recently displayed in the ABC Central Coast studio window at Erina Fair, and her exhibition continues at the Woolpack Hotel 229 Chalmers St Redfern until the end of March.
An exclusive print offer is on during the exhibition - visit her website: cathrynmcewen.com for details.

Katerina Rubbo is exhibiting work in the Watercolour Society's show at the Gosford Regional Gallery from  March 30 to April 3 2013.

Nicole de Mestre is featured in the Mac's Masters Art Show opening Thursday March 28 2013 at 7pm and continuing over the Easter long weekend from 9-4. Proceeds will help the MacMasters Beach SLSC.

Cathryn McEwen will be having a solo exhibition @ Wedge Gallery located in The Galeries Level 2, 500 George St Sydney (opposite the QVB) from Jan 23 to Feb 5 2013, entitled SURFACING.
10% of sales will be donated to Beyond Blue.

Artists of the 5 Lands Art Trail and Terrigal Plein Air Group will be exhibiting at the Avoca Beach SLSC 10 - 5 this long weekend, with a reception on Saturday evening from 7pm.
Click on the invite to view the details.
Cathryn McEwen was announced a recent winner in the Artslant Showdown #5 2012 for her painting "Lost in the Moment", and her painting "Bailar Conmigo" will be published in the Art Takes Times Square 2012 catalogue. Cathryn McEwen - Artist on Facebook.

Avoca Beach artist Felicity O'Connor's painting was accepted for the Waverley Art Prize, Bondi in July.
Paul Haggith will be having a solo exhibition at Gallery One in Surfer's Paradise from Aug 20 - Sep 3 2012.
Willemina Villari - Workshop "MODELLING THE FIGURE FROM CLAY", Saturday August 25th from 10 to 2.30 pm at 16 Gill Ave Avoca Beach.
For more information call041324 9998
The Avoca Artists group (including members of the 5 LANDS ART TRAIL) will be exhibiting works upstairs at the Avoca Beach Surf club as part of the
5 LANDS WALK on June 23 and 24.

Rowena Hordern's work will be included in a group show at the Kerrie Lowe Gallery, Newtown from June 22 - July 17.

Avoca Artist Margaret Fortey was announced winner of the People's Choice Award for her painting "Solitude" in the 2011 Gosford Art Prize!

_Willemina Villari, Denny Hoffman and Felicity O’Connor share a common interest in the creative process. This exhibition is united by their exploration of how abstract forms and colour can be used to visually interpret a visceral response to an idea or concept. The diverse styles of the paintings and sculptures reflect the different temperament of each artist. gosfordregionalgallery.com

The Artists of the 5 Lands Art Trail Video
In 2012, 5 Lands Artists Collective member Mike Rubbo has made a wonderful film depicting each of the 21 artists in their studios.
Cllick on the photo to see the video or go to the YouTube site.